Sam Bankman-Fried (SBF) had his first extended interview since FTX filed for bankruptcy on Tuesday, and Tiffany Fong, a freelancer journalist, posted it to YouTube.

The former CEO provided his opinion on a number of allegations made against him following the bankruptcy as well as the situation with FTX US clients on November 16. He also thought about FTT, the native coin of the exchange, which he said has a higher intrinsic worth than the majority of other cryptocurrencies.

What Led to the Demise of FTX and FTT?

Wong started by interrogating SBF about earlier allegations that the CEO changed the FTX’s financial records via a “backdoor” that allowed him to carry out directives covertly. In the days following FTX’s bankruptcy, Reuters made numerous assertions similar to this one, adding that customer funds were transferred to FTX’s sister trading desk, Alameda Research, through the backdoor.

SBF responded to the caller, “I most definitely wasn’t developing some backdoor in the system.”
In particular, Gary Wang, the head of engineering at FTX, was cited by Reuters as having built the backdoor on November 15th. According to Wang, SBF, and his closest friends were the only ones who were aware of the financial transfer.

SBF stated that he didn’t think the exchange’s token was useless with regard to FTT. Because of FTT’s buy + burn mechanism, fee discounts, and cash flow, he claimed, “I think its value is more economically underpinned than the average token was.”

SBF refuted assertions that the token’s demise was caused by illiquidity of the asset or by margin calls at Alameda and FTX (where FTT was used as collateral). Instead, he said that the big selloff that destroyed the exchange’s pricing was merely the result of a loss of confidence in it.

He added, “This was the reaction to news coming out regarding FTX and Alameda, and their solvency.

Regrets over the bankruptcy of FTX US

On November 11th, hundreds of connected businesses, including FTX US and Alameda Research, joined FTX in declaring bankruptcy.

Following his statement the day before that FTX US assets were “not financially impacted” by the fallout, Bankman-Fried caused much confusion and resentment among people.

He claimed that FTX US was still solvent and that the company “was so fucking solvent that it could absolutely [throw] 250 million dollars to a hat on the way to bankruptcy.” Ted Cruz wants to encourage the use of cryptocurrency by encouraging Congress's vending machines to accept it. This week, he submitted a revised version of the resolution. Cruz claims that because cryptocurrency payments will be free of pricey transaction fees, overseas tourists would gain. Senator Ted Cruz is working to increase the use of cryptocurrencies, and one way he can do this is by encouraging his fellow Capitol Hill representatives to indulge their sweet tooths. This week, a Texas legislator reintroduced a proposal that would oblige the US government to collaborate with service providers operating vending machines and food outlets at the Capitol that accept cryptocurrency payments. The resolution also encourages Capitol gift shops to accept digital assets as payment in their transactions. In a statement issued on Thursday, Cruz claimed that cryptocurrency is "creating new employment, inspiring entrepreneurs to innovate new values and offering new hedges against inflation, as well as presenting new prospects." He purchased up to $50,000 worth of bitcoin last year. Additionally, he has stated his desire to turn Texas into a "oasis" for bitcoin and other digital assets. The junior senator stated on Thursday that cryptocurrency is being utilized more and more as a safe method of payment for goods and services. "This is precisely why we, here at the United States Capitol, should improve accessibility and let folks who come to Capitol Hill know that we support the rising cryptocurrency business," he stated. Using cryptocurrency might help foreign visitors to the Capitol avoid paying "unnecessary and sometimes expensive" currency conversion costs, he added. His idea needs to pass through the House and Senate in order to be put into effect. The price of bitcoin on Friday was $22,925, less than the $36,000–$37,000 range in when Cruz purchased the well-known cryptocurrency in January 2022. During the so-called "crypto winter," which has been characterized by a sharp decline in worth, Bitcoin and the larger crypto market have suffered. For the first time since the collapse of bitcoin exchange FTX in November, the value of the cryptocurrency market surpassed $1 trillion this past week. 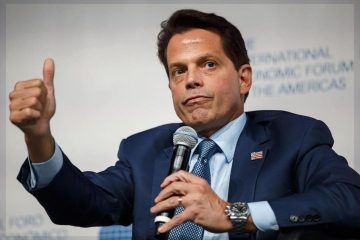 SkyBridge Capital Incurs 39% Loss in Largest Fund Due to Cryptocurrency Bets Anthony Scaramucci's SkyBridge Capital has lost 39% in its largest fund for the year, after making wrong-way bets on cryptocurrencies and FTX, which has since filed for bankruptcy. This has prompted investors to request that the firm return more than half of their money. FTX's Bankruptcy Leads to Worst Month for SkyBridge SkyBridge's largest fund, which had $1.3 billion in assets as of the end of Q3, had one of its worst months in November 2022 when FTX declared bankruptcy. According to people familiar with its performance, investors, who are now limited to making two withdrawal requests per year, asked to withdraw 60% of the fund's capital for the Sept. 30 redemption period. However, SkyBridge only returned 10% of the requested amount, as per a January regulatory filing. SkyBridge Plans to Further Limit Withdrawals In the past, the firm allowed four redemption requests per year and said it would return as much as 25% of the cash each quarter. But on Friday, the firm said in a filing that it was planning to further cap the amount of money clients can pull from the fund. For the March 31 redemption period, SkyBridge said it plans to give back no more than 5% of assets, as per the filing. SkyBridge's Relationship with FTX Scaramucci and FTX co-founder Sam Bankman-Fried had built a close relationship over the past two years. Beginning in 2021, SkyBridge bought equity in the closely held crypto exchange, with the most recent purchase last August. The next month, another entity controlled by Bankman-Fried acquired 30% of SkyBridge. SkyBridge's Portfolio Various cryptocurrencies accounted for 28% of the SkyBridge fund, while private crypto-related companies, including its FTX stakes, made up 14%. The fund also invests in some traditional hedge funds, such as Steve Cohen's Point72 Asset Management and Izzy Englander's Millennium Management, which were two bright spots in the portfolio, with both firms up about 12% last year. Together they accounted for about 24% of fund assets as of September. It should be noted that the above news is based on a Bloomberg report, the facts and figures are taken from the source, and the rephrasing is done in a way that it is different from the original news. Chiliz's network upgrade might dramatically boost demand. The short-term CHZ forecast remained poor, while the long-term picture just improved significantly. At the time of publication, the Chiliz [CHZ] network was undergoing a large network upgrade. Chiliz 2.0 will bring about a number of advantageous modifications, according to a 26 January update from the company's creator Alexandre Dreyfus. The new NFT standard, Memorabilia certification, Fan Tokens, Staking, DEX, Whitelisting, and much more are all covered. with the aid of 2 million users and 150 sports teams. These adjustments included, among other things, staking, a new DEX, a new NFT standard, and collectibles certification. At the time of publication, the network improvement was in phase six, the last step known as Malagueta. As a result, the aforementioned adjustments would shortly be put into effect. The greatest news of all, though, could be the availability of a DEX and staking. A similar result might support CHZ's demand. If this significant Chiliz network improvement is a success, CHZ may experience increased long-term demand. More utility will help the network as a whole, which might also encourage a positive investment mood. What to anticipate in the short- to mid-term from CHZ Despite the present anticipation for the Chiliz 2.0 upgrade, CHZ demand was slowing down at the time of publication. At $0.13 at press time, it was 10% less expensive than its monthly high. According to CHZ's money flow, there is a risk of more outflows due to profit-taking, particularly if the general market circumstances favor the downside. The recent days highlight a respectable social volume, but not enough to infer a significant resurgence in interest in CHZ. Additionally, the quantity of daily active addresses was within the typical range, demonstrating that investors were not yet in a rush to purchase more. In addition, during the past two days, network growth plunged to a new monthly low. This demonstrated lesser network activity, which was also seen in the past several days' lower volatility. The supply side was deficient, and this was validated by CHZ's supply distribution statistic. Additionally, the whales' purchasing pressure was not strong at the time of publication. Whether it would alter when the Chiliz 2.0 upgrade was finished remained unclear. There were some encouraging indications, though. The weighted sentiment index, for instance, was at its highest monthly level at the time of publication. The Volatility of Bitcoin: Exercise Care The Wolf of All Streets podcast host and seasoned cryptocurrency trader Scott Melker has given a caution to investors over the recent rise in the price of Bitcoin. Melker says that there is still a chance for the cryptocurrency asset to decline significantly despite the current upward trend. By emphasizing five of the worst corrections in the history of the asset, Melker sought to measure the lowest point that Bitcoin may fall to in a newsletter to his sizable Twitter following. The bear markets from November 2013 to January 2015 (-86.9%), December 2017 to December 2018 (-84.12%), April 2013 (-82.65%), June 2019 to March 2020 (-72.26%), and April 2021 to June 2021 (-55.95%) were among them. Since Bitcoin's value has already decreased by about 76.59% over the past year, according to Melker, it would take a further 48.84% decline for it to hit the depths of the April 2013 bear market. He thinks it's improbable that this will result in a loss of $220 billion, or half of the current market value of Bitcoin. Melker cautions investors to exercise cautious and restrain their enthusiasm on the current pump despite this. He points out that bear markets frequently include the largest gains and that corrections are inevitable. He also asserts that there is tremendous resistance at the current levels, which might be a major barrier for the price of Bitcoin. While acknowledging that Bitcoin has grown more durable over time, Melker issues a warning that the current correction's drivers are far more dangerous than in the past. At the time of writing, the price of Bitcoin was $23,181, up 0.61% over the previous day. In December, pending home sales in the US increased 2.5%. According to realtors, the home market is recovering. Complying with the new EU rule is complicated by Twitter research group's delay. Russia disables the websites of the CIA and FBI for disseminating incorrect information. - TASS